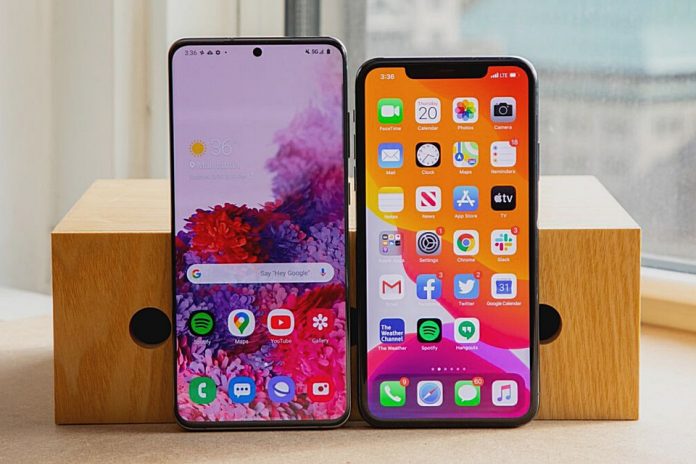 According to Counterpoint Research, India’s smartphone industry will reach a new high of 173 million devices in 2021, rising at a rate of 14% year on year. It is projected that more than 100 million smartphones would be shipped in the second half of the year.

Following the release of COVID-19 restrictions in June, the market has seen robust consumer demand, and the strong sales momentum will continue during the festive season, which runs from August to November, according to the report.
After China, India’s smartphone market is the world’s second largest. The Indian market will outperform the markets in North America, Latin America, and Africa in 2020.

“Considering India’s 1.39 billion (and growing) population, upgrading of consumers from feature phone to smartphone, and potential emergence of new use cases, our forecast for the next five years remains favourable.” In the next several years, the market is expected to surpass $200 million,” according to Counterpoint.

According to the research organisation, the market has grown steadily over the last five years, reaching 158 million units in 2019.

COVID-19 shipment fell 4% to 152 million units in 2020 (from 158 million in 2019), demonstrating its resiliency as well as the introduction of smartphones as a more essential role in catering to the pandemic-triggered need for digital communication and newer use cases.

“Even though the country was hammered by the second COVID-19 wave in Q2 2021, the smartphone market rebounded faster than predicted, registering its greatest ever shipments in H1 2021,” it stated.

According to the research firm, as long as the number of COVID-19 cases is kept under control and the vaccination campaign is maintained, the economy will recover and consumer confidence will rise.

“Pent-up demand will also play a part, albeit its impact will be restricted compared to last year due to the shorter COVID-19 lockdowns this time.”

“The launch of Reliance Jio’s low-cost Android phone JioPhone Next in September, which will enable feature phone customers to migrate to smartphones, could be the biggest factor driving the industry,” it stated.

The JioPhone Next phone is projected to be priced below USD 75, according to Counterpoint, a price point that hasn’t seen much action in the last two years.

“If all goes as planned, the Indian market might enter a phase of hyper-growth…

According to Counterpoint, 5G devices will account for less than 3% of the market in 2020.

By 2021, the market for 5G devices will have grown eightfold to 32 million units, accounting for 19% of the total smartphone market.

More 5G devices would be pushed into the market due to intense rivalry among OEMs, availability of cheaper 5G chipsets, and dropping pricing of 5G devices, it said, adding that the average price of entry-level 5G devices has dropped by 40% in the previous year. The cheapest 5G phone currently costs less than Rs 15,000 in India (around USD 200).

Apple may have a Problem with iPhone Demand as well as...