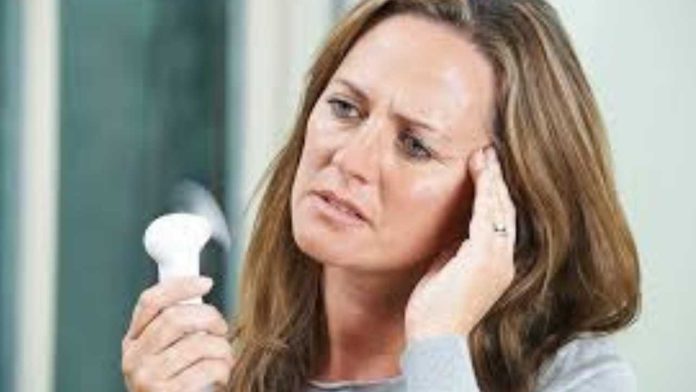 Menopause Awareness Month is observed in October all around the world. The end of a woman’s monthly period is known as menopause. It is critical to address the origins, symptoms, and effects of menopause in order to assist women manage it effectively. Yasmin Karachiwala, a fitness trainer, saw the importance of discussing menopause. So she sat together with Dr. Ranjana Dhanu, a gynaecologist, for a discussion. Dr. Ranjana discussed the reasons of menopause as well as the various symptoms and difficulties that come with it. Menopause is defined as the cessation of ovarian function. As a result, menstruation ceases to exist. Hormones generated by the ovaries are also no longer produced.

Everything You Need to Know about Menopause:

How can you tell if you’re going through menopause?

A blood test can be used to detect menopause. Menopause has occurred if the amount of Follicle Stimulating Hormone in the blood is higher than 20.

When can we expect to see it?

Menopause usually affects women between the ages of 41 and 53. However, with a better lifestyle, the age cap appears to be growing today, according to Dr. Ranjana.

What are the signs and symptoms of menopause in their early stages?

The hormone oestrogen shortage that occurs during menopause is known as menopause. The thermoregulatory system in the brain is affected by changes in hormone levels. The body temperature begins to fluctuate often as the system goes wild. As a result, hot flashes are common among women going through menopause. Mood swings are caused by fluctuations in other hormones. Fat maldistribution is also a feature of the illness, which leads to obesity around the abdomen. With the smallest of triggers, a lack of collagen and oestrogen can cause uterine sagging or urine leakage.

What are some of the long-term consequences of menopause?

Menopause’s delayed consequences, according to Dr. Ranjana, can be as deadly as Alzheimer’s disease. Menopause can also cause cardiovascular problems and bone loss, which is known as osteoporosis. In comparison to Western countries, Indian cuisine, which is high in turmeric and asafoetida, typically helps to alleviate these issues.

What are the consequences of menopause on one’s appearance?

The most noticeable symptoms are wrinkles and drooping skin. These can be treated with facial workouts or yoga, a healthy diet, antioxidants, and the advice of cosmetologists. Pilates can help you improve your core. Sunlight exposure and calcium supplements are also beneficial.

What should you do about it?

Treatment, according to Dr. Ranjana, is dependent on the symptoms displayed by each individual. Hormone mimetic medicines, which imitate oestrogen but do not affect the uterus or breasts and are non-cancerous, can be used to manage hormonal levels.

What is the definition of early menopause?

Menopause that happens before the age of 40 is known as premature menopause. Premature ovarian failure is the cause. Some of the ladies are in their twenties when they get it. This can be caused by variables such as smoking, drinking, substance abuse, and sleep deprivation. A history of ovarian surgery could also be a factor. This could potentially be a genetic issue. Hysterectomy, on the other hand, does not result in early menopause.

To treat menopause symptoms, follow these guidelines and consult with a health professional.

This content, including advice, is intended to provide only general information. It is not a substitute for professional medical advice. For more information, always visit a professional or your personal doctor. This information is not the responsibility of Wariat.

5 Vitamin B9 Rich Foods You Should Eat Daily