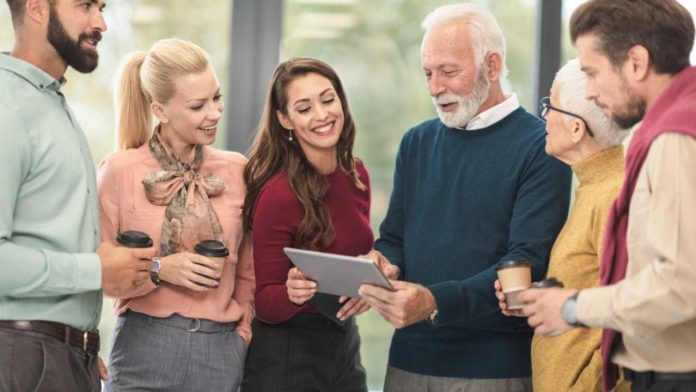 When the topic of living a long life with maintaining all of your cognitive abilities comes up, I can’t help but think of what then-Malaysian Prime Minister Mahathir Mohamad said during an ASEAN summit in Bangkok in November 2019. Regardless of his political views or allegiances, the 5-time Prime Minister’s words are treasured because, despite being 96 years old, he still emanates energy and excellent health.

“First and foremost, don’t overeat. Eat to live rather than living to eat. That is all there is to it. It’s that easy. Stop eating when the food is delicious. My mother’s counsel to me is to do just that.

“It’s challenging, but you must learn to be disciplined. The second step is to keep the whole system active, which includes not just the muscles but also the brain. Due to inactivity, the brain tends to lose power as you get older. However, if you use it to communicate, debate, sing, argue, and so on, it will work fine. If it still doesn’t work, repeat the steps.

“What you do repeatedly imprints on the brain, and it remembers it. “However, if you become inactive due to retirement, your brain and body will lose its capacity,” Dr Mahathir Mohamad told the gathering.

Dr. Mahathir graduated from medical school in 1953 and worked at the Alor Setar General Hospital as a medical officer.

Now, a BBC Future study by Alex Riley highlights the need of a lighter diet for healthy ageing. It’s critical to not only add years to a person’s lifespan, but also to add health to those years (what we’ll call healthspan).

Focus on Healthspans and not Lifespans:

Riley points out that the United States Health Interview Survey showed in 2014 that 16 percent of adults aged 50 to 64 were affected by chronic illness on a daily basis, a decrease from the 23 percent reported only three decades prior.

To put it another way, we are living longer lives while also living longer “healthspans” — the latter of which is proving to be even more adaptable.

Riley quotes former US President John F. Kennedy, who said during the first White House Conference on Aging in 1961 that “life can be added to years, not only years added to life.”

How to enhance the length and quality of our lives?

The answer, according to researchers all over the world, is a simple change in diet.

They believe that reducing the amount of food on our plates may be the key to a healthier old age.

This strategy is referred to as “calorie restriction” in a BBC storey.

Reduce fat intake and portion sizes on a long-term basis.

Studies on animals including a 30% reduction in the amount of food ingested per day have been connected to longer, more active lives for over 80 years, and it’s feasible that humans can benefit just as much.

Restrict your food in terms of quantity but not variety, as instructed by Alvise Cornaro, a 15th-century infirm aristocrat from a small village near Venice, Italy, who claimed to have maintained “excellent health” until his death at the age of 98. According to the BBC, his grandson published his posthumous three-volume tome “Discourses on the Sober Life” in 1591, which brought food restriction into the mainstream while also redefining ageing itself.

“Eat less, live longer,” according to a Salk Institute research video. “If you want to minimise inflammation throughout your body, delay the onset of age-related diseases, and live longer, eat less food.”

“That’s the finding of a new study led by scientists from the United States and China, which is the most comprehensive assessment on the cellular effects of a calorie-restricted diet in rats to date.

“While the benefits of caloric restriction have long been known, recent findings published in Cell on February 27, 2020 explain how this restriction can guard against ageing in cellular pathways.”

Salk Institute was founded by and is named after Jonas Salk, a brilliant medical researcher who produced the first safe and efficient polio vaccine in the 1950s and chose not to patent or profit from it in order to promote its global distribution.

According to a study published on Neurosciencenews.com, calorie-restricted diets lower inflammation, delay the onset of age-related disorders, and increase lifespan.

Eat less food if you wish to lower inflammation levels throughout your body, delay the onset of age-related disorders, and live longer.

“We always knew that calorie restriction enhances life span, but now we’ve shown all of the changes that occur at the single-cell level to cause that,” says Juan Carlos Izpisua Belmonte, a senior author of the new research and the Roger Guillemin Chair at Salk. “This provides us targets that we may be able to target with medications to cure human ageing in the future.”

When to start calorie restriction?

Many human diseases, including as cancer, dementia, diabetes, and metabolic syndrome, have the highest risk factor for ageing. Caloric restriction has been found to be one of the most efficient treatments for various age-related illnesses in animal models. The meals of the animals in the experimental trial were monitored from 18 months to 27 months. This is about equal to someone eating a calorie-restricted diet from the ages of 50 to 70 in humans.

So how many calories should we be eating?

“An optimal daily calorie intake varies based on age, metabolism, and levels of physical activity, among other things,” NHS experts explain in an Express.co.uk storey. In general, ladies should consume 2,000 calories per day and men should consume 2,500 calories per day… The term calorie is a frequent abbreviation for kilocalories. On food packages, this is written as kcal… To lose weight in a healthy way, you must expend more energy than you absorb by eating a well-balanced, low-calorie diet and increasing your physical activity.”

The tips and suggestions offered in this article are for educational purposes only and should not be construed as medical advise. If you have any particular questions concerning a medical matter, always see your doctor or a skilled healthcare provider.