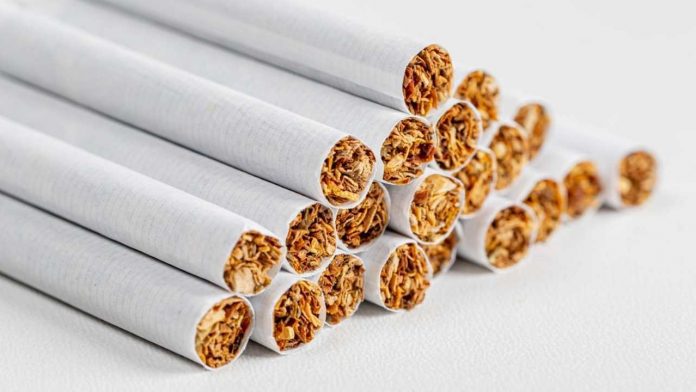 Tobacco contains over 5000 harmful chemicals, with nicotine, carbon monoxide, and tar being the most important and hazardous. Tobacco smoking is connected to non-communicable diseases (NCDs) such as ischemic heart disease, cancer, diabetes, and chronic respiratory distress, which are the leading causes of death worldwide. Noncommunicable illnesses accounted for 53% of all fatalities in India in 2010, according to WHO statistics. According to WHO figures, tobacco use kills six million people in India, with five million dying directly from tobacco use and the remainder dying from secondhand smoke.

Tobacco use has the following negative health effects:

2. Recent research has found a link between tobacco usage and decreased bone density.

3. Heart and blood vessel effects Atherosclerosis is a disease in which plaque, a waxy material, forms in the arteries. Tobacco raises the risk of coronary heart disease, which occurs when blood components bind together to create clots that can become lodged in artery walls and cause a heart attack. Tobacco also raises the chance of stroke, which is caused by blood clots or bleeding and results in the death of brain cells.

4. Smoking impairs and harms breathing, as well as scarring the lungs. It can lead to chronic obstructive pulmonary disease (COPD), which manifests as wheezing, shortness of breath, chest tightness, and other symptoms. Tobacco also causes emphysema of the lungs, a condition in which the walls between your lungs’ air sacs lose their capacity to extend and shrink again.

5. Tobacco’s toxic symptoms can lead to cancer in the lungs, food pipe, oral cavity, nose-sinus area, stomach, windpipe blades, pancreas, kidney, liver, uterus, and colon, among other organs. This means that nearly all of the body’s essential organs could be damaged.

6. Smokers are more likely to develop excessive fascial hair. Bidi has three times the amount of nicotine and carbon monoxide as a standard cigarette.

7. Tobacco produces leukoplakia, a white patch that is a precancerous condition. Erythroplakia, which appears as a flat red area and is likewise precancerous, can be caused by it. Tobacco may also increase submucus fibrosis, a chronic illness of the oral cavity that causes the inability to fully expand the mouth.

Nicotine replacement therapy is available. The idea is to provide the user a safer, more controlled type of nicotine that will help them avoid withdrawal symptoms.

Gum chewing is a popular approach. Transdermal patches are another means of distribution. Doctors provide medications to help patients cope with withdrawal symptoms.

Tobacco and its adverse effects are discussed in psychological education. The smoking cessation programme includes the smoker’s spouse and other family members.

Though there are laws and government initiatives aimed at reducing tobacco use, it is mostly the individual’s strong will and motivation who can successfully quit smoking and avoid relapse.